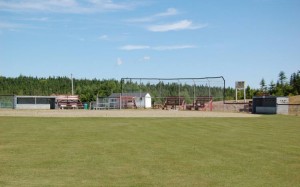 Softball field is available to all members of the community. An annual softball tournament is held in conjunction with the River Bourgeois Annual Festival.
To use the ball field, contact Joan Burke at . See also the Edwin Bona Ball Field Policy

History – Edwin Bona initiated and brought to reality the community ball field project. The first ballgame was held in September 1985. The ball field was renamed the Edwin Bona Community Ball Field on July 16, 1988. 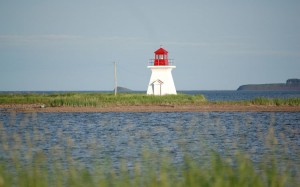 Began operation in 1903 and was attended by a light house keeper for the sum of $90 per year. In 1966 electricity replaced the kerosene light and in 1989 it was replaced by a Skelton Tower and the original lighthouse was burnt. An exact replica was built though the efforts of the community after purchasing the land from government officials in 2003, 100 years after the original. It is back to guide boats entering or exiting our harbor. The River Bourgeois Lighthouse is a significant part of the heritage and history of River Bourgeois. It can be best viewed across the water from the Southside Road. 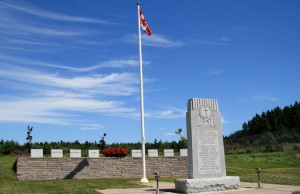 In 1954 “The River Round Up” was activated as a means of raising funds to construct a memorial to commemorate their legacy. “. . . Located in the center of our community, overlooking the picturesque waters of River Bourgeois it is a reminder to all who pass of the courageous sacrifice made by the men of our community . . .”. In 2008/2009 our Cenotaph was updated and a new Veterans Memorial Wall with plaques to commemorate all veterans of World War I, World War II, Korean War, Persian Gulf, Peacekeeping & Afghanistan was constructed. The rededication service was held on August 29, 2009. This site is in the centre of the community along Highway #4. 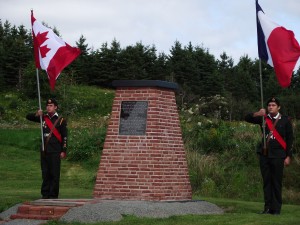 On August 27, 2014 the addition of a memorial to commemorate the 300th Anniversary of River Bourgeois was added and on September 4th 2015 it was officially named “Parc Heritage” recognizing our Acadian Heritage.